Another Level For Women

When Ms. Connie came in to volunteer, she was very soft spoken and was interested in doing "paperwork".  Now she is interacting with clients, encouraging them, boldly sharing the Word of God and her personal testimonies!!! She is a dedicated, committed lady, who has served faithfully.

By the time Ms. B came in she had been living for weeks without water! She had contacted so many agencies and was feeling very hopeless when she called our office. Although we did't have funds at the time, we asked her to come in.  She described having to go next door to her neighbor to take showers, filling bottles with water to be able to use the restroom, wash dishes, or cook. She was a care provider and her client had passed away 3 months before.  All her funds were exhausted and since she was waiting on unemployment, she didn't qualify for assistance for some programs for which she had applied.  She attended financial literacy workshops, including "How to Survive a Job Loss". Needless to say it was very stressful trying to apply for jobs while living with no water service. Because we didn't have funds, we put out an urgent request for donations.  An amazing gentleman stepped forward with a generous donation and we were able to get her reconnected within the week!!!  Her new knowledge of budgeting helped her prioritize and stretch her unemployment dollars, until she was able to get another client a few months later and her income was restored.

No Lights.... to Seeing the Light:

Ms. D was calling our office all morning before the office opened.  Her lights were off! She had 8 children, including grandchildren at home.  We called her back immediately and asked her to come in.  She was crying so much she could hardly speak.  Ms. D came right over, she was in crisis, stressed and looked exhausted.  She proceeded to share the events of her morning as she was trying to go to work.  First, there was the disconnection because she could not make a payment.  Then while driving down the street, trying to call our office for an appointment....she got a phone call.  It was her medical doctor calling to tell her that she was diagnosed with cancer!  She needed to go in to be seen right away.  We prayed with her for her healing, she was so distraught.  Then we began to get the process started to reconnect her lights.  While we were processing her paperwork, she fell asleep in the classroom.  She said later, it was so peaceful and the rest and prayer would help her face telling her children of the devastating news.  We were able to get her reconnected that day with our collaborative agency!  Ms. D was so relieved, she said one less thing to stress about, and that she was able to have hope again! She would speak life into her situation, and included ALFW in her journey.  One year later, she is still working and doing well!

When Ms. N found ALFW, with a pending disconnect notice, she was looking for utility assistance.  She found so much more. Her story unfolded; a young mother in her 20's she had just experienced the death of her mother who was in her early 40's. Ms. N found herself caring for younger siblings while trying to cope with the grief of losing her mother.  Her income was  government assistance.  She shared that just having someone pray with her was comforting.  She began to come to regular workshops, learning financial concepts and coping skills. Eventually she volunteered to work in the ALFW office. She was a fast learning and picked up new skills quickly.  She trained as a receptionist and scheduled appointments.  She was very active in all events.  Many months later, she began applying for jobs.  Within 3 weeks she was offered 2 positions and has been working since!

Breana tells of her experience at ALFW.  She is on the path to restoration!  We thank her for sharing and inspiring other women to keep going, no matter what life looks and feels like at the moment.  She is a courageous woman who is committed to  going to another level, for herself and her children.

Deborah is an amazing woman who didn't realize her own strength when she came into our office  for utility assistance. In the midst of a divorce, she was looking for answers and ways to cope. It's been great to see her evolve and grow! Making strides in such a short time. Emerging through her trials to take control of her life, growing in faith; and now she is encouraging and mentoring other women!  She has truly gone to another level in her life, bringing joy to other women she encounters and inspiring them with her testimony. 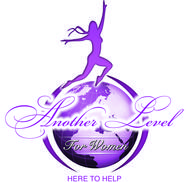